Adding item to the basket... 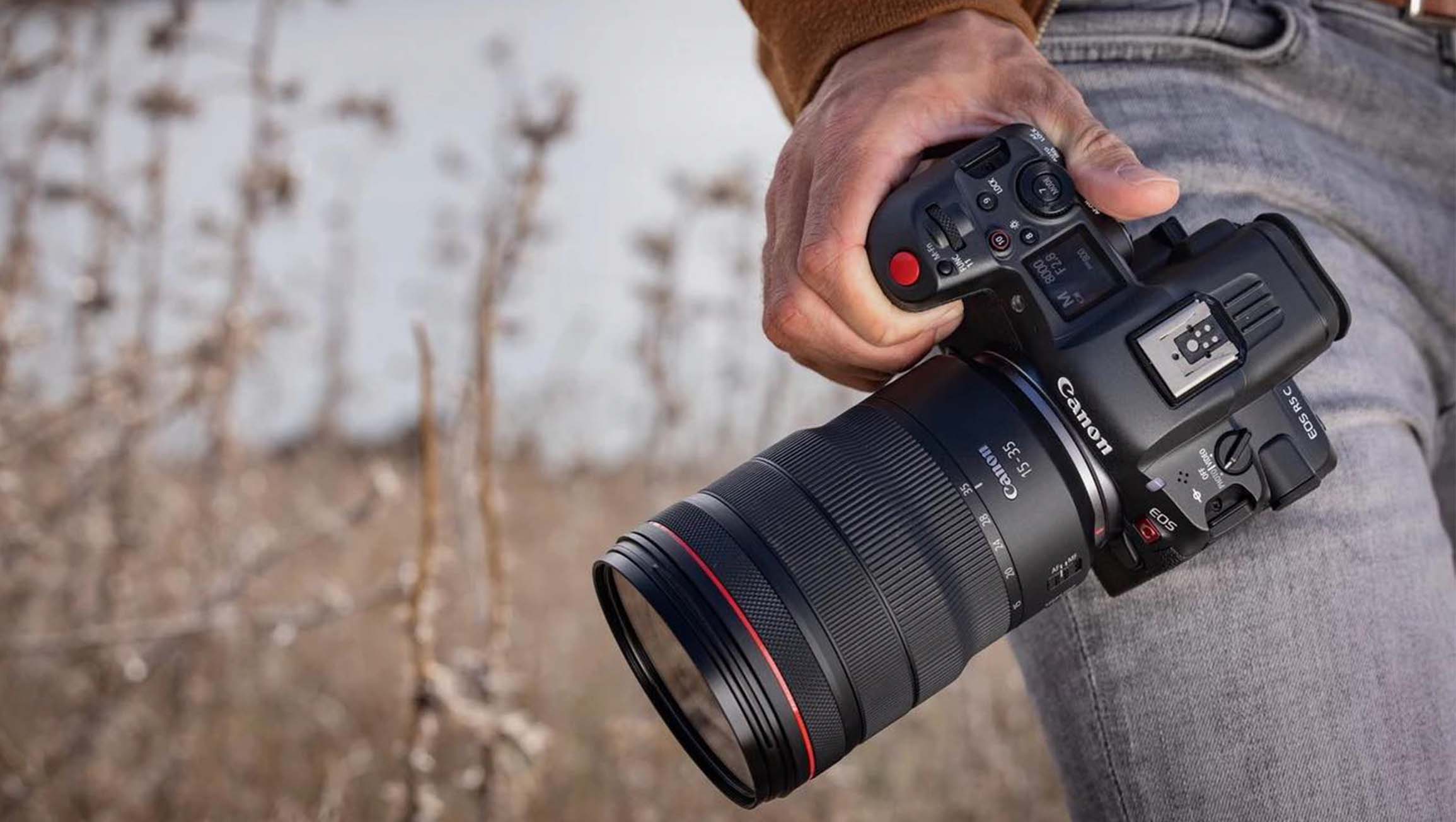 It might be the smallest and lightest Cinema EOS camera to date, but the Canon EOS R5 C delivers sensational high-resolution video and photos – and a huge degree of creative freedom.

A hybrid camera that bridges Canon's EOS R and Cinema EOS systems, the EOS R5 C's compact body is modelled on the Canon EOS R5, and it shares the same high-performance RF lens mount as both the EOS R5 and the Canon EOS C70, but the new feature combination makes it a unique proposition.

"The EOS R5 is a professional photography solution that also happens to be able to shoot great video," explains Aron Randhawa, Product Specialist at Canon Europe. "And the EOS C70 is a perfect example of a compact professional filmmaking solution without compromise. But we are seeing an increasing demand from a new generation of content creators who want a truly hybrid camera. They could be shooting events, music videos, weddings, corporate, social media content or even sports, and they need a tool that won't restrict the type of work they can do.

"Whatever the brief, the EOS R5 C gives solo shooters the peace of mind that they'll be ready for anything." 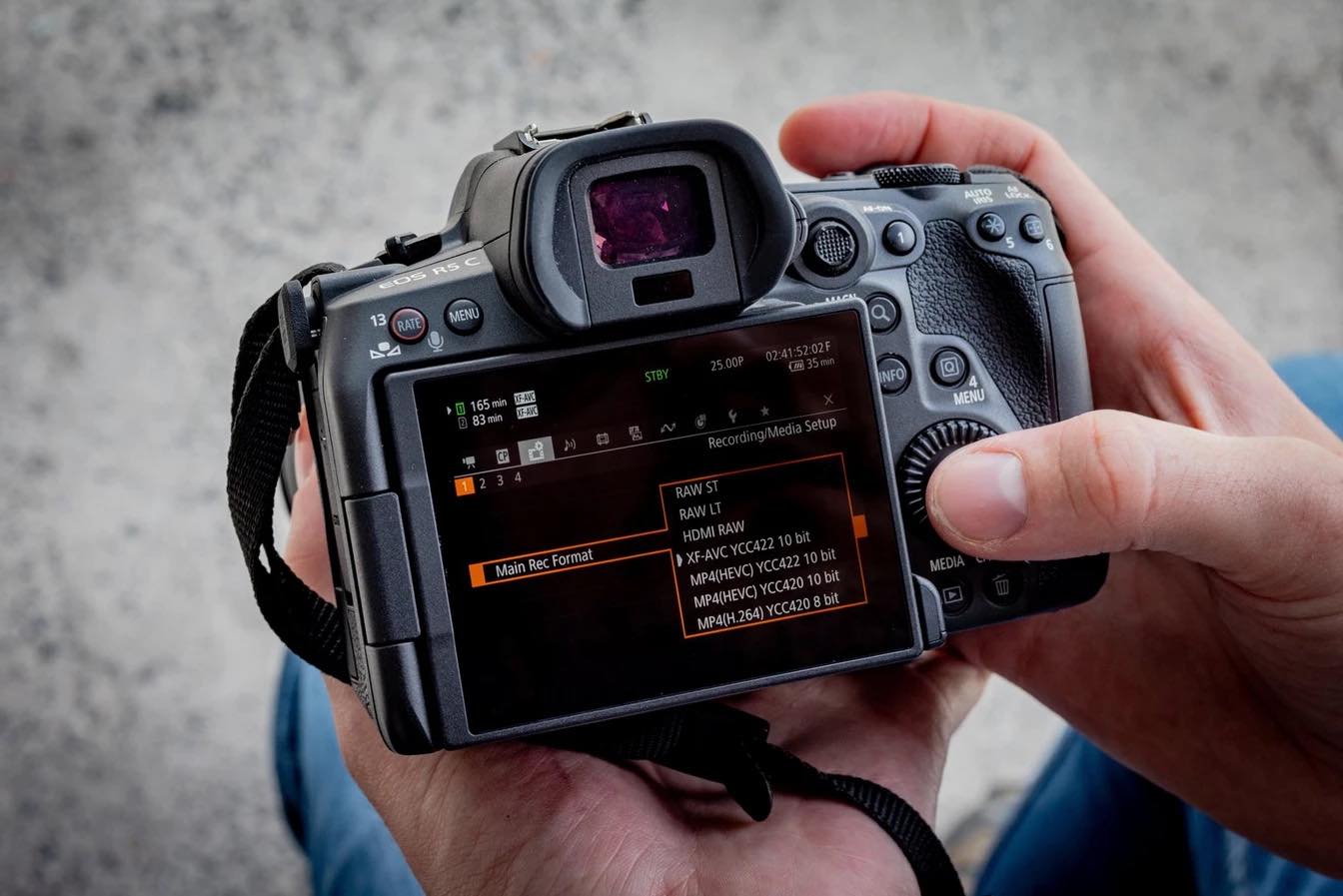 Uncompromising video
The Canon EOS R5 C takes the 8K video capabilities of the Canon EOS R5 to the next level with some sophisticated Cinema EOS additions. It can capture 8K up to 30fps (60fps with an external power supply) and 4K up to 120fps internally with three options for Cinema RAW Light recording available up to 2.6Gbps.

In addition to the RAW options, the EOS R5 C also includes Canon's reliable XF-AVC format for recording 4K 4:2:2 10-bit up to 810Mbps in ALL-I / Long GOP, as well as options for HEVC and MP4.

"The EOS R5 offered a glimpse of the outstanding image quality that was possible in 8K, or even in the oversampled 4K HQ format," says Aron. "Whereas, with the EOS R5 C, not only do you get long duration 8K recording, you also get oversampling from 8K to 4K for a more detailed 4K image."
The EOS R5 C is able to capture 45MP full-frame photos at up to 20fps using the electronic shutter and has an ISO range that extends up to ISO51200.

It features Canon's DIGIC X processor for outstanding clarity and reduced noise in both video and stills, and also has Dual Pixel CMOS AF with Eye AF and EOS iTR AF X to track a subject's face and eyes with new levels of precision in both stills and video. 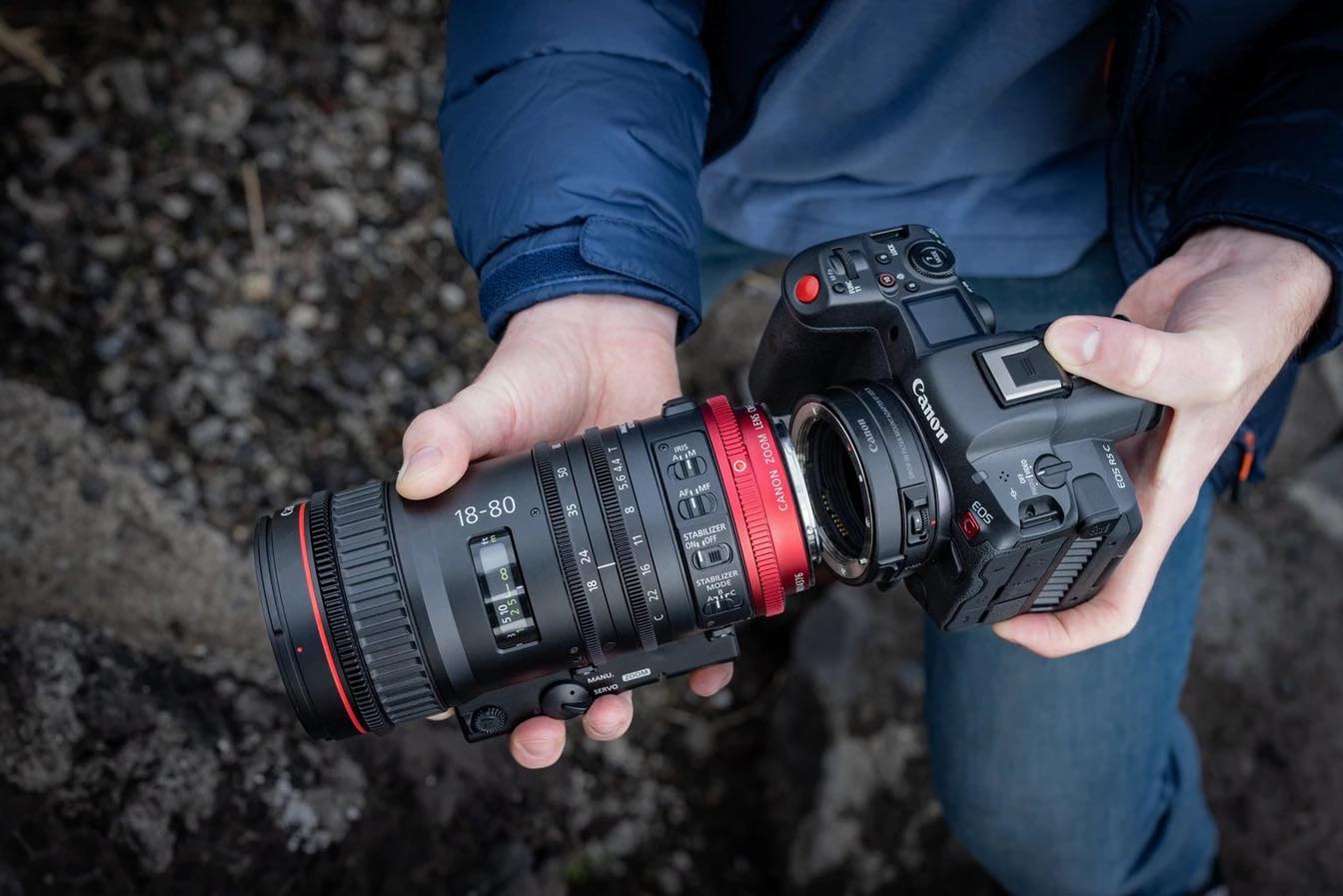 Weighing less than 700g, the EOS R5 C is the most compact Cinema EOS camera to date. New controls complement its more professional video specifications. It has 13 assignable buttons – the same as the Canon EOS C70 – and three digital dials that can be programmed via a new graphical user interface.
While the EOS R5 C shares the same photography menus as the EOS R5, the extensive movie recording options only become available when the camera is switched to video mode. "It really is a merging of two professional worlds," says Aron. "When the camera's in video mode, you're in the Cinema EOS System, with all of the same menus and tabs as you see on the EOS C70 – to enable the waveform monitor, change your recording settings and assign buttons. Anyone who's used the EOS R5 will be familiar with the menus in photo mode, with features such as an interval timer for time-lapse photography and Automatic Exposure Bracketing – you'll just find the video functions have been removed."
The biggest design change is the addition of a built-in fan. The airflow remains separated from the electrical components, ensuring that the camera's dust and weather sealing isn't compromised. 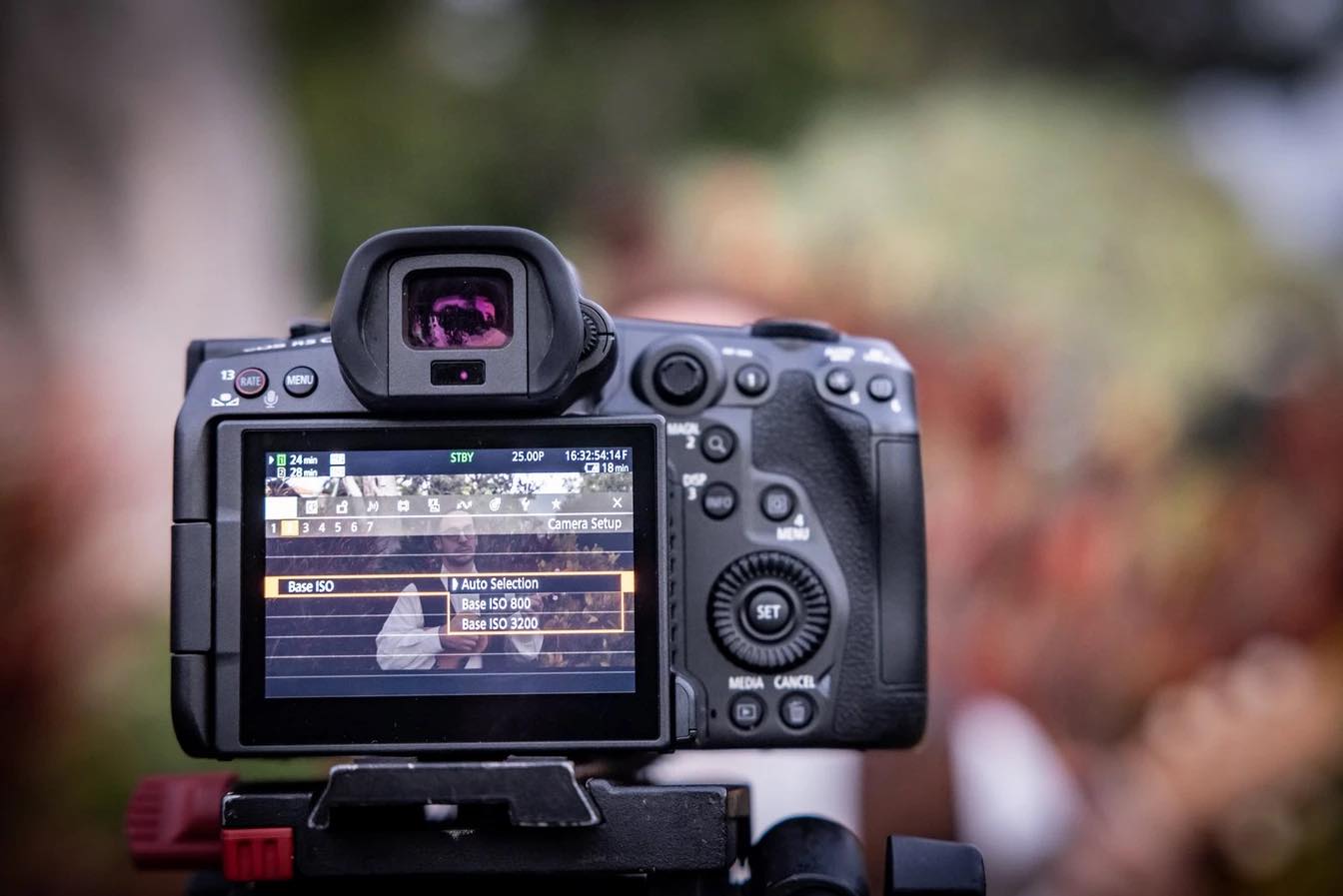 As befitting a professional camera, the Canon EOS R5 C has dual card slots, with one slot for CFexpress type B cards, and the other compatible with SD/SDHC/SDXC and UHS-II. "Just like on the Canon EOS C70, you can simultaneously record a different format, resolution and bit depth to each card," explains Aron.

The EOS R5 C also features a new timecode terminal. "Timecode is an essential feature for professional filmmaking productions," adds Aron. "This time we have used a DIN 1.0/2.3 terminal instead of BNC to keep the body as compact as possible."

In addition to timecode in/out, the EOS R5 C features a wealth of connectivity options, including 3.5mm microphone and headphone sockets, micro-HDMI and a USB-C terminal for power, charging and communication. 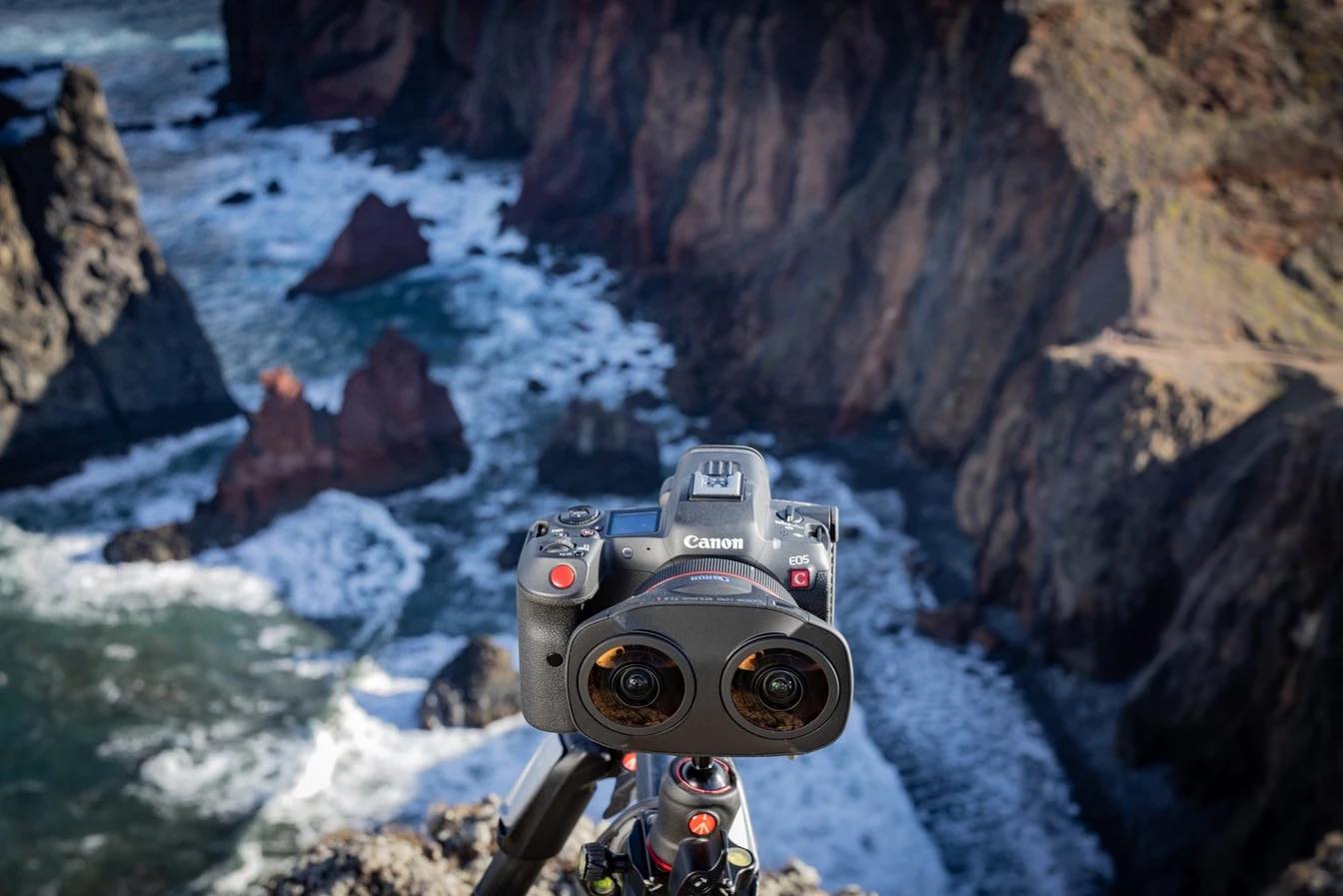 "Until now you've typically needed to use two separate cameras and lenses in order to produce high-quality VR content' explains Aron. "But that produces two different files and more post-production work. The beauty of our 8K VR system is that it's a single solution, requiring a single lens and a single camera. It's very easy to incorporate the single image into a VR workflow using Canon's software tools." 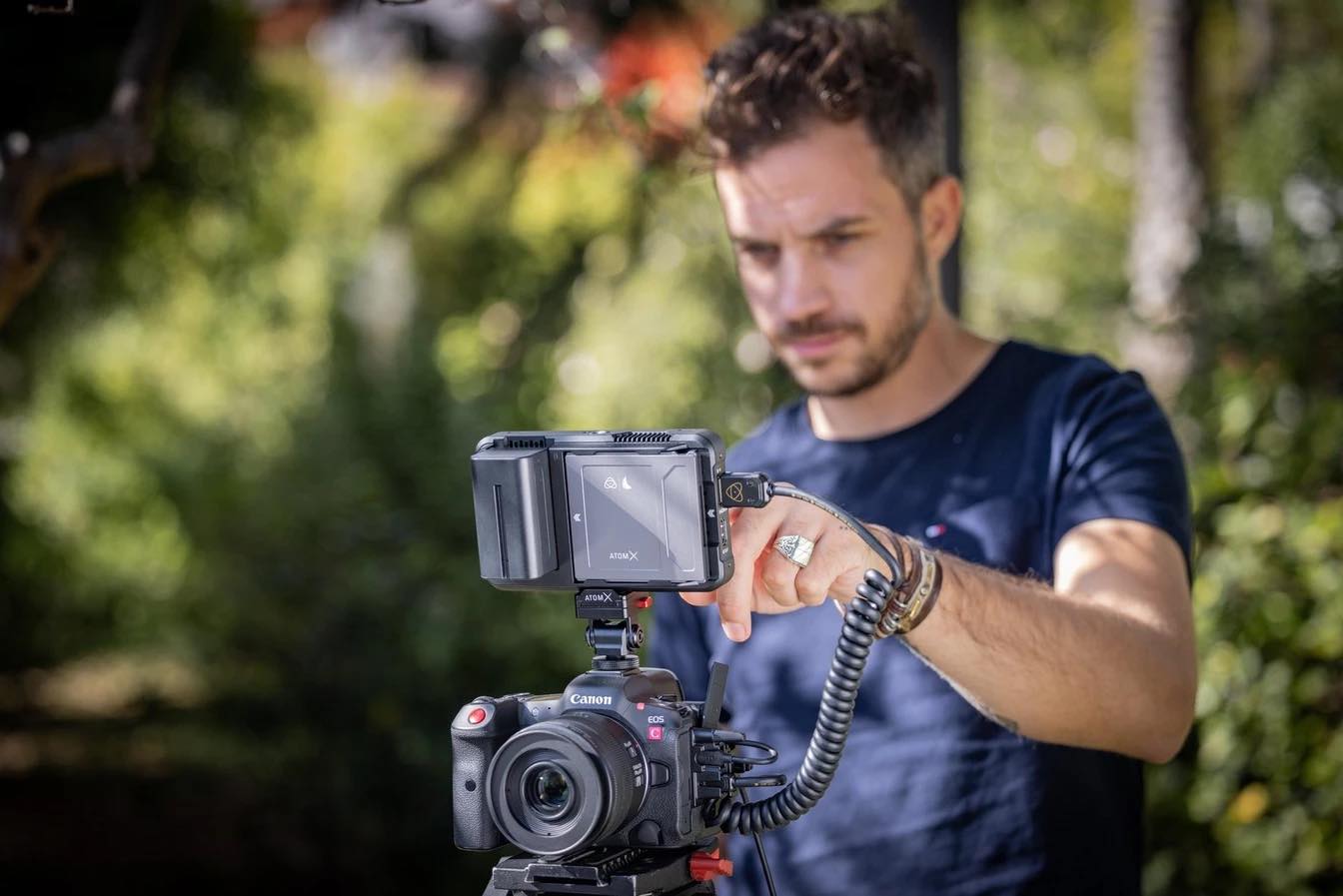 The Multi-function accessory shoe enables compatible accessories to be connected to and powered by the camera, including audio devices such as the Canon Directional Stereo Microphone DM-E1D and TASCAM's CA-XLR2d Audio XLR Adapter.

To sustain the 8K/60p Cinema RAW Light recording with full autofocus and other electronic functions of the lens, the EOS R5 C needs an external power supply. "The Canon USB Power Adapter PD-E1 or DC Coupler can be used for this," explains Aron. "Alternatively, you can even use a USB-C powerbank with power delivery when out in the field."

The EOS R5 C merges the video and photo worlds, and as a result it's compatible with a range of Canon apps. "When the camera's in photo mode, you can access image.canon cloud services and use the Canon Camera Connect app," says Aron. "All of those professional tools that you find on both sides – Cinema EOS and EOS R System – are available to EOS R5 C users."